Vulnerabilities summary
The following advisory describes two (2) guest to host escape found in Oracle VirtualBox version 5.1.30, and VirtualBox version 5.2-rc1.
Credit
An independent security researcher, Niklas Baumstark, has reported this vulnerability to Beyond Security’s SecuriTeam Secure Disclosure program.
Vendor response
Oracle were informed of the vulnerabilities and released patches to address them.
For more details: http://www.oracle.com/technetwork/security-advisory/cpujan2018-3236628.html
CVE: CVE-2018-2698
Vulnerabilities details
The vulnerabilities found in the core graphics framework (VBVA subcomponent) and affect all host operating systems.
provide an arbitrary read/write primitive in the userland VirtualBox host rocess, relative to the guest’s VRAM buffer.
The VGA device emulated by VirtualBox is associated with a certain amount of VRAM, which is mapped contiguously in both the host process running the VM and in guest kernel memory.
Parts of it are used as general-purpose shared memory segment for communication between the host and guest (host-guest shared memory interface, HGSMI).
Using this mechanism, the guest can issue certain commands to the host, for example to implement the mouse pointer integration and seamless windows features.
The guest can also tell the host to copy data around inside the VRAM on its behalf, via a subsystem called VDMA.
Out-of-bounds read/write in vboxVDMACmdExecBpbTransfer
The `VBOXVDMACMD_DMA_BPB_TRANSFER` command struct looks as follows (defined in `include/VBox/VBoxVideo.h:1435`):

VirtualBox 5.1.30. VirtualBox 5.1.30 has been released. Downloads and changelog in the usual places. It installed fine on a Windows 7 host on my PC at work. I’ll probably do the macOSX Sierra and Oracle Linux 7 installations tonight and update here. Happy upgrading! Update: The upgrade worked fine on macOS Sierra too. Download VirtualBox-5.1 packages for CentOS. VirtualBox x8664 Official VirtualBox-5.1-5.1.38122592el7-1.x8664.rpm: Oracle VM VirtualBox.

When issuing a VDMA command of type `VBOXVDMACMD_TYPE_DMA_BPB_TRANSFER`, a request object of this type resides in the HGSMI heap and is completely controlled by the guest.
On the host, a pointer to the object is eventually passed to the following function inside the file `src/VBox/Devices/Graphics/DevVGA_VDMA.cpp`:

Note 1 and 2: the guest-controlled offsets `pTransfer->Src.offVramBuf` and `pTransfer->Dst.offVramBuf` are added to the VRAM address, without any verification or bounds checks.
A memcpy is then performed with the guest-controlled size `pTransfer->cbTransferSize`.
This gives us a `memcpy(VRAM + X, VRAM + Y, Z)` primitive, where we (as the guest)can chose `X`, `Y` and `Z` arbitrarily.
Out-of-bounds read/write in vboxVDMACmdExecBlt
The `VBOXVDMACMD_DMA_PRESENT_BLT` command struct looks as follows:

When issuing a VDMA command of type `VBOXVDMACMD_TYPE_DMA_PRESENT_BLT`, a request object of this type resides in the HGSMI heap and is completely controlled by the guest.
On the host, a pointer to the object is eventually passed to the following function inside the file `src/VBox/Devices/Graphics/DevVGA_VDMA.cpp`: 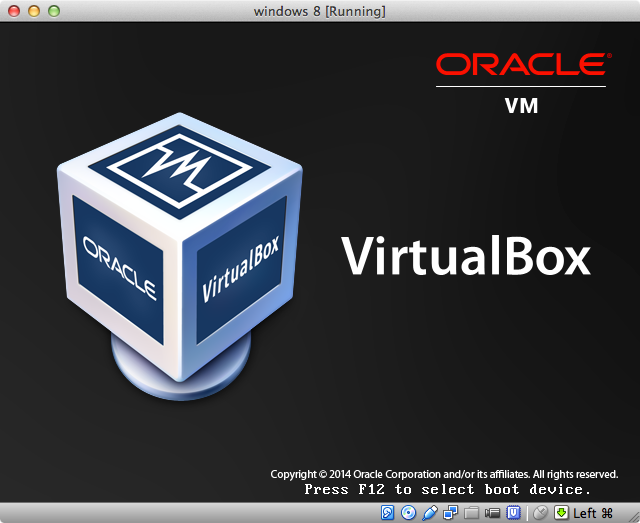 At Note 1, the guest-controlled offsets `pBlt->offDst` and `pBlt->offSrc` I added to the VRAM address, without any verification. Note that the assert at Note 2 is not active in production builds, so we can reach the else-branch.
`vboxVDMACmdExecBltPerform` then performs a memcpy between the computed addresses:

By setting `pDstDesc->pitch = 1`, `pDstRectl->top = 0`, we can get `cbOff = 0` and `cbSize = pDstRectl->height` (which we also control as the guest).
This ends up in a call to `memcpy(VRAM + X, VRAM + Y, Z)`, where we can chose `X`, `Y` and `Z` arbitrarily.
Proof of Concept
We will modified vboxvideo kernel module to trigger the bug.
The modified module will allow us to creates a device `/dev/vboxpwn` which can be used to send arbitrary VBVA commands via its `ioctl()` handler.
In this PoC we will use 64-bit Ubuntu VM.
First we will download the VBoxGuestAdditions:

Then we will upload the modified files – `HGSMIBase.c` and `70-vboxpwn.rules` to the home directory of the VM and rebuild the extensions with the modified code:

There should now be a new device called `/dev/vboxpwn` with 0666 permissions.
Now create the following Python script called `poc.py`:

If we will run it on a Linux host we will get the following:

The second read returns the header of the shared library mapped directly after the VRAM.
Of course we might crash the VM if we hit unmapped memory.
For demonstrating an absolute read/write, we need the VRAM base address on the host.
The findvram.py script find the VRAM base address – given the configured VRAM size.
In our case the VRAM is 33 MiB large.
The first argument is the PID of the host process (as shown above).
Also grab some absolute address you want to leak:

Back to the VM, we will read the ELF header of this library:

And now we will crash it by writing data to an unmapped address (make sure a debugger is attached):

VirtualBox is an impressive, open-source, desktop virtualization software. Available for Linux, OS X and Windows, VirtualBox allows you to run a different operating system on your machine, within a virtual environment. So for example, you could have Linux running on your Windows machine.

When you get something for free, you expect it to be lacking in some way, compared to commercial products which tend to have more features or more support. VirtualBox is surprising in that it is gives far more than you would expect, and is a real contender in the virtualization arena. Some of the VirtualBox features include the ability to move VMs between host systems dynamically, branched snapshots, and 32 way virtual SMP support.
Pro's: Feature rich app that runs on all the major operating systems. Installation is easy via a step-by-step wizard. Uses less resources than other virtualization apps. The ability to share folders between the host and guest machine.
Con's: Steeper learning curve than other virtualization apps. Weak printer support.
Conclusion: What started out as a small virtualization project for individual users, has developed into a competitor in the enterprise sector. It still has some issues to sort out to make it as intuitive as it´s competitors, but remains one of the most comprehensive free apps available. Enterprises may still prefer to go with a commercial solution, but VirtualBox is an excellent option for users who do not want to pay commercial fees.